You’ll find the area of Vik I Sogn pulled up along the southern shoreline of Sognefjorden – Norway’s biggest fjord. The first thing you’ll notice here is the textbook Norwegian countryside. Think snow-capped mountains, rolling green hills and plenty of easy-going, waterfront walking trails. A few pocket-sized villages are sprinkled along the coast for you to explore, too. They’re a good place to learn about the area’s Viking-filled history. Make sure you also sample some fresh raspberries during a walk around one of the local fruit farms.

This sleepy hamlet sprang into life in the 18th Century. Today, it's best known as the gateway to the gleaming Briksdalsbreen Glacier, one of Norway's 'must see' sights.

You’ll find Bodo just north of the Arctic Circle, perched on a peninsula with a backdrop of rocky peaks and dramatic fjords that make it incredibly easy on the eye. Known as the Sea Eagle Capital, it has the largest population of white-tailed eagles in Europe. And, during summer, it conjures a little bit of magic in the form of a midnight sun, which bathes the city in daylight around the clock.

The village of Honningsvag is tucked deep inside the Arctic Circle, on the island of Mageroya. It’s the most northerly point in Europe, and your gateway to the Northern Cape – a chunk of land that juts out into the sea. Guarded by the eerie Midnight Sun that floats overhead, it’s Norway’s most soul-stirring attraction.

Alta’s the biggest town in Norway’s north. As such, it’s billed as one of the best places to hunt for the Northern Lights. In fact, that’s what inspired the town’s spiralled cathedral, which looks even more impressive when the swirling Aurora Borealis fill the sky. But there are plenty of other things going on, too, including a UNESCO-listed museum, a salmon-filled canyon and a fancy ice hotel.

The biggest city above the Arctic Circle, Tromso's been the starting point for countless polar expeditions. Norwegians call it the Paris of the North, and one thing's for sure - it's a city to fall in love with.

With its towering snow-capped mountains and plunging valleys, Andalsnes looks like something from J R R Tolkien’s Lord of the Rings. In fact, the sheer scale of this place makes it easy to believe in trolls, giants and elves. The town itself is set in the Romsdalen Valley – and in typical Norwegian style, you'll find gushing waterfalls and huge lakes around every corner. The Stigfoss Waterfall’s a particular highlight – white water thunders down a mountain side for 180 metres before crashing into the lake at the bottom. If your cruise itinerary allows time, jump on the scenic railway from Andalsnes Station. A train chugs its way over deep canyons that give way to dramatic frothy rivers at the bottom.

January 23rd 1904 saw Alesund ravaged by fire, but this hardy little city rose like a phoenix from the ashes – and the result is impressive. It was rebuilt in Art Nouveau style and the medley of turrets, spires and ornamental twists and turns give the town a fairytale feel. What makes it even more unusual is that it’s set across several islands sprinkled in the ocean, with the spectacular Sunnmore Alps as a backdrop.

Marella Explorer 2 is our newest ship in the fleet. It’s adults only and flaunts a range of exciting facilities, from a Champneys Spa to a chic bar-club-casino space. You’ve got nine bars and nine restaurants on this ship, too. Top spots include The 19th Hole – a golf-themed bar with a golf simulator – Flutes, where you can sip Champagne* or Prosecco to the sounds of a pianist and Beach Cove – a relaxed restaurant with barbecue-inspired menus and quirky swinging seats. Not to mention the outdoor spaces, such as The Veranda, where you can enjoy far-reaching sea views.

T&Cs: Click here for T&C’s and all the latest discount codes and special offers from Marella Cruises from TUI

Disney Cruise Line – A Disney Cruise is great fun for all the family, with amazing entertainment for all ages, relaxation for grown ups, plus fine dining. Disney Cruises sail to a range of exciting destinations including Europe, the Caribbean, and North America – Click here 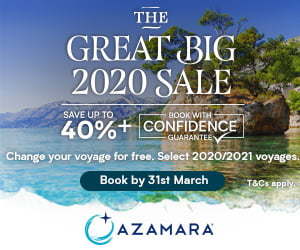 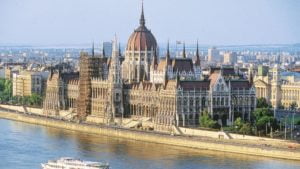 Do NOT follow this link or you will be banned from the site!
We use cookies to ensure that we give you the best experience on our website. You can use this tool to change your cookie settings. Please either indicate that you accept cookies, or change your settings. Links to third party sites may also set their own cookies, which may be used to serve you with interest based advertising, and for analytics purposes.AcceptRead More / Change Settings